If You Ain’t First, Yer Last!

These words of wisdom were imparted by Reese Bobby to his son Ricky Bobby in the movie Talladega Nights: The Ballad of Ricky Bobby (clip and clip).  Winners get more than their fair share, and a loser is just a loser.  No one cares about second place.  In our fast moving world, the winners often take all of the profit, and the losers are just losers.

Ten years ago last week, Blackberry was the world’s number one smartphone.  It had a keyboard that was awesome.  Apple introduced the iPhone with its innovative user interface, and ten years later Apple is the most valuable company in the world.  Apple takes over 100% of the profits in the smartphone market, and Blackberry does not even make smartphones any longer.  If you ain’t first, yer last!  The winner takes it all, and a loser is just a loser.

Ten years ago, Blockbuster was number one in the video rental market.  Today, Netflix is number one with a market value of over $57 billion.  They introduced an innovative user interface for renting movies over the Internet, and Blockbuster went out of business.  If you ain’t first, yer last!  The winner takes it all, and a loser is just a loser.

Ten years ago, taxi companies were protected, regulated operators in the local markets they served.  They proudly paid huge sums of money for their operating medallions.  Today, Uber is an enterprise worth over $80 billion – more than all of the taxi companies in the world combined.  They introduced an innovative user interface for hailing a car and paying for the ride, and the taxi companies have been decimated in their local, protected markets.  If you ain’t first, yer last!  The winner takes it all, and a loser is just a loser.

How good is your user interface to the customer?  Is it still phone calls and triplicate forms?  Is it ad-hoc emails with files attached?  No organization or intelligence, just a dump of PDF files?  What happens to your business if you are not the first in your market to introduce an innovative interface for customers to receive your services?  Are you going to be first or last when the change comes to your market?  Will you be the winner that takes a bigger share?  Or a loser who is just a loser?

Maybe it is time to start thinking about technology as a way to please your customers instead of simply a way to seek operating cost leverage.  The lesson of Apple, Netflix, and Uber is also the lesson of Blackberry, Blockbuster, and the taxi companies.  It does not matter how long you have been around or how good your internal operations may be.  An innovator in your market can turn your business into a loser.  So, are you going to be first in your market to innovate with a better customer interface?  Or will you just become one of the losers when someone else innovates first?

This blog post is part of our Business Lessons From Rednecks collection. Also see Don’t get gigged by software. 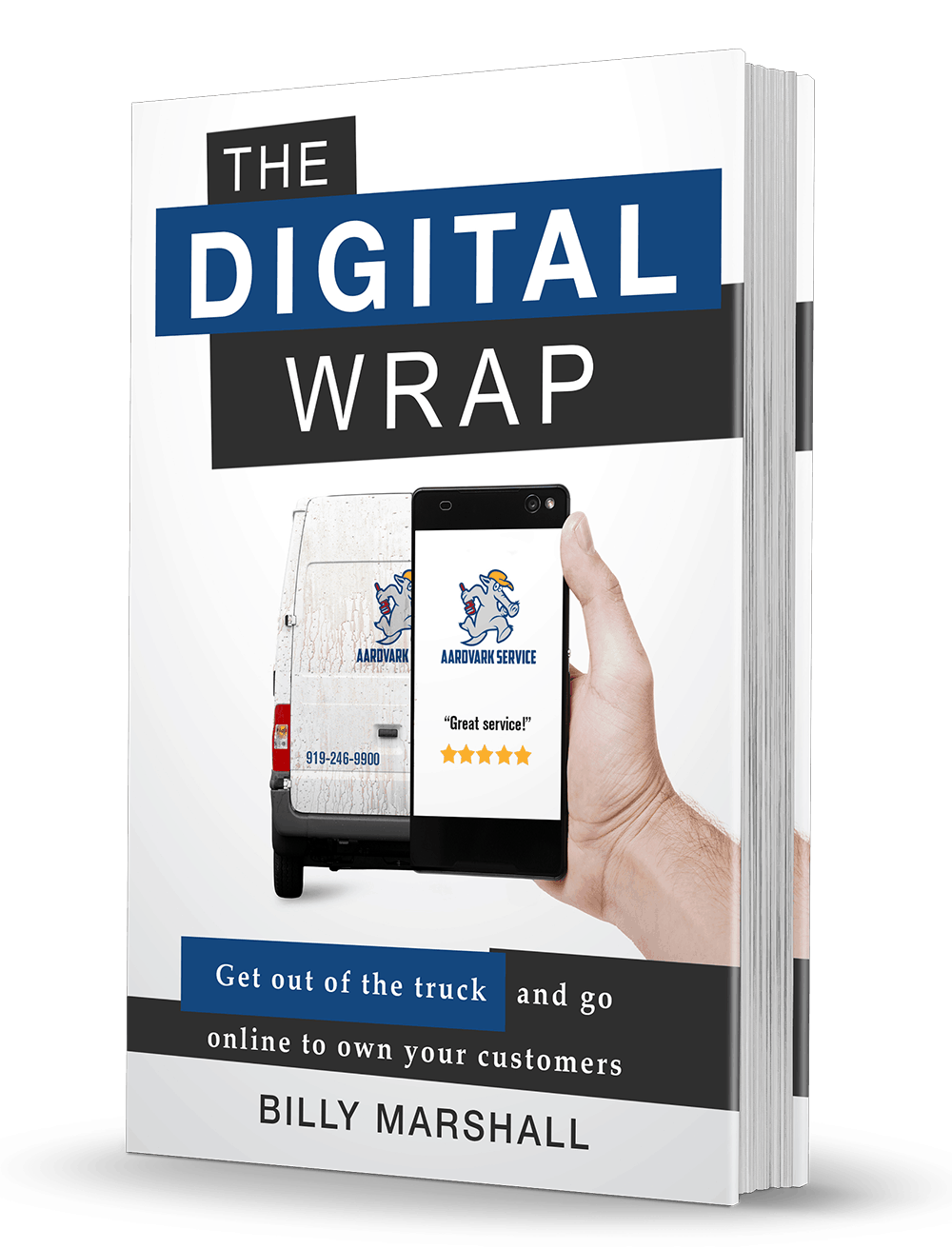 Read ideas about how to be first in Billy’s book The Digital Wrap: Get out of the Truck and Go Online to Own Your Customers.

After Adam McKay and Will Ferrell’s Anchorman: The Legend of Ron Burgundyproved they were a force of film comedy to be reckoned with, there was a lot riding on their follow-up. Fortunately, their NASCAR-centered absurdist gem Talladega Nights: The Ballad of Ricky Bobby turned out to be just as fresh, just as inspired, and just as hilarious as its predecessor — maybe even more so.

The film is essentially a feature-length political cartoon about an arrogant American NASCAR driver who is tested by a more skilled French Formula One driver. Here are the 10 funniest scenes in Talladega Nights.

Before settling down to a bountiful meal consisting of KFC, Coca-Cola, and Domino’s Pizza, Ricky decides to say grace. Cal and the family all bow their heads in prayer as Ricky describes Jesus as a baby.

Carley and her father protest this, telling Ricky to pray to the adult Jesus, but Ricky says that the baby version is his favorite. Cal explains that he thinks of Jesus as wearing a tuxedo t-shirt, “because it says, ‘I want to be formal, but I’m here to party.’”

Ricky Bobby appears to have taken Tom Cruise’s links to the Church of Scientology as a sign that the actor himself is an actual deity. When he crashes his car and runs around the track attempting to put out an imaginary fire, Ricky cries out for the help of gods from various religions, among them Tom Cruise.

When Ricky’s dad comes back into his life and tries to teach him how to drive again, he blindfolds him and tells him to drive down a street. The idea is that the car will tell him where to go.

However, Ricky starts driving and quickly swerves off the side of the road and crashes into somebody’s house. He's pretty embarrassed, because he really thought he was feeling something through the car.

Early in Talladega Nights, we see Ricky and Cal recording a series of ads for their corporate sponsors. None of these ads are subtle in their message to consumers, but one of them is shockingly brash and on-the-nose. That ad sees Ricky holding up a pack of Big Red and saying, “If you don’t chew Big Red, then f*ck you.”

David Koechner, Ian Roberts, and Jack McBrayer all provide strong support alongside Will Ferrell, John C. Reilly, and Michael Clarke Duncan as members of Ricky’s pit crew. At the end, the crew pretends that Glenn died in order to motivate Ricky to win, but he spots Glenn inconspicuously watching from afar and figures out the ruse.

When the Bobby family sits down for dinner, Ricky and Carley’s sons Walker and Texas Ranger lay into their poor grandfather, Chip. They threaten to come at him like a spider monkey, scissor-kick him in the back of the head, and go ape-sh*t on his ass.

Ricky asks the boys what they got up to throughout the day and Walker says he “threw a bunch of Grandpa Chip’s war medals off the bridge.”

4 Ricky And Girard Run To The Finish Line

In the climactic race of Talladega Nights, when Ricky and Girard’s cars are both totaled spectacularly, they both get out of their cars and run to the finish line. The announcers are quick to point out that, inspiring though it is, it definitely won’t count.

RELATED: Will Ferrell's 10 Best Movies, According To Rotten Tomatoes

The racecar drivers run to the finish line and dive for it. Pat Benatar’s “We Belong” sets the tone perfectly for the scene as Ricky finally beats Girard. Ricky refuses to shake his hand, but does give him a passionate kiss.

Ricky Bobby goes on to become a self-assured public speaker, winning races, cashing checks, and endorsing products. But after winning his first race and being interviewed on TV, Ricky hasn’t honed his celebrity persona or developed his confidence yet. He simply tells the interviewer, “I’m not sure what to do with my hands.”

Carley leaves Ricky for his best friend when it becomes apparent that Ricky is no longer a champion and Dennit Racing drops him in favor of Cal. When Ricky comes home and finds that Carley and Cal are planning their own wedding and that Cal has pasted his own face over Ricky’s in the family portraits, he’s baffled.

Cal asks Ricky to be his best man, and is confused when Ricky turns down the offer. The hilarity of this scene is in Cal failing to understand why Ricky is mad at him.

1 Ricky Stabs Himself In The Leg

When Cal and Lucius go to the hospital to check on Ricky following his crash, they find that he’s confined himself to a wheelchair with psychosomatic paralysis. They sit down with Ricky and tell him that he’s not really disabled and he can walk. He insists that he is disabled, and in order to prove it, he grabs a knife and jams it into his leg.

Seconds later, he starts screaming (Will Ferrell’s timing in this moment is perfect) and — in a series of hysterical jump cuts — his friends try to jimmy the knife out of his leg with another knife.

NextDCEU: One Quote From Each Hero That Perfectly Sums Up Their Personality

Ben Sherlock is a writer, comedian, and independent filmmaker. He writes lists for Screen Rant and features and reviews for Game Rant, covering Mando, Melville, Mad Max, and more. He's currently in pre-production on his first feature film, and has been for a while because filmmaking is expensive. In the meantime, he's also in pre-production on various short films. Previously, he wrote for Taste of Cinema, Comic Book Resources, and BabbleTop. You can catch him performing standup at odd pubs around the UK that will give him stage time.

There’s nothing studios love more than removing a meaningless scene from a movie so they can turn around and use it to entice us with extra footage when the DVD and Blu-Ray hits shelves. And even though we know it’s simply a marketing strategy, we eat it up like crazy because we can’t get enough of our favorite movies. We’re addicts and a longer director’s cut is our smack, and if you come to us years after the movie was released in theaters with an anniversary edition of your never-before-seen drug, we’ll just keep shoveling our money your way. At least that’s what Sony Pictures hopes for the special 10th anniversary edition of Talladega Nights: The Ballad of Ricky Bobby.

Entertainment Weeklyhas an exclusive clip of Cal Naughton, Jr. (John C. Reilly) trying to make good with his former best friend, Ricky Bobby (Will Ferrell), after basically stealing his life. It’s a lot like the phone call scene that’s already in the movie, only longer and it features Reilly in a Speedo, pitching a ménage à trois to his former wingman. It might not be as funny as, say, the outtakes of Ferrell and Reilly losing their sh*t trying to pitch fake products, but it’ll definitely get your friends shouting, “I wanna go fast!” like it’s 2006 all over again.

The Talladega Nights anniversary Blu Ray will be released on October 25.